To pass the rigorous Master Sommelier Exam, candidates must prove their mastery of knowledge and tasting ability to expert judges.

How do you become a Master Sommelier? First, you should get involved in the wine community by taking classes, reading books, attending tastings, and generally immersing yourself in all things wine.

Who is a master sommelier?

The Court of Master Sommeliers is an organization that seeks to educate individuals on wine service and how to become certified sommeliers. According to their website, there are over 1200 members in 46 countries around the world.

The Court of Master Sommeliers offers three levels of certification: Introductory, Certified, and Advanced. Each level requires tasting proficiency at a certain level, theoretical education about wine and service, as well as a practical demonstration before achieving certification.

Essentially, if you want to become a master sommelier (MS), you will be studying for years—but it is one of the most prestigious achievements in wine education available today.

Looking for A Guide To Burgundy Wine

What Does It Mean?

Historically, a sommelier is someone who serves food and drink, such as at a restaurant. Nowadays, it’s commonly used as a wine expert. As such, to become a master sommelier means you need to be extremely knowledgeable about wine—how it’s made, what goes into it and why it goes well with certain foods.

You need to learn all about different grape varietals, regions of production and vintages before earning certification through the Court of Master Sommeliers .

Becoming one involves passing four levels of rigorous exams with written tasting assessments, blind tastings and professional theory exams for each level. The only way to do that is by studying hard…and drinking more wine than you ever thought was possible!

What Do They Do?

From wine novice to fully qualified expert, it’s a long process to become a master sommelier. The job of a somm is a very hands-on one. They are responsible for choosing wines for events and restaurants and teaching people about those wines.

Most importantly, they’re experts in all things vino – from knowing what grapes go into what region’s wine to being able to tell whether your glass has been tainted with something (like nail polish remover).

It takes years of work and practice before you can even start working towards certification as a master somm.

The first step to becoming a master sommelier is to get a degree in oenology and viticulture. This will take about three years at a college that specializes in wine. You’ll spend a great deal of time tasting wines, learning about them, and memorizing their origins and characteristics.

After getting your degree, you need to work as an apprentice under a certified master sommelier for two years or more before taking your exam for certification; some sommeliers go on to become masters after just five years of service!

Perks of being a master sommelier

You get to taste an insane amount of wine, and you’ll know everything there is to know about what you’re drinking. You will be well paid (not quite $100k a year well paid, but still well-paid). The prestige of being a master sommelier is pretty priceless.

It’s also fun to pretend like you’re on ‘Somm’ every Monday night on Netflix. But those perks pale in comparison to what it takes to actually become a master sommelier. Here’s everything you need to know about becoming one

First of all, because it’s not easy. That said, there are far fewer female master sommeliers than male ones. Since I’ve started my WSET Diploma course (this is basically a precursor to becoming a master somm), I’ve been trying to figure out why that is.

There have been several theories presented to me by wine school professors and other experts in the field, but nobody really has a definitive answer. If you think you know what makes it so tough for women, then feel free to leave your guess in our comments section below! …

The first step to becoming a master sommelier is studying for and passing both a written and tasting examination, which is offered by The Court of Master Sommeliers. Over two days, candidates are tested on their knowledge of 18 different wines.

Then they’ll be presented with six wines for them to taste in succession; each candidate is expected to identify four wines correctly (not only identifying it as such but also giving specific tasting notes).

If you miss more than three, you’ll have to re-test within a year or wait another five years before you can apply again. The test involves multiple choice questions and short essay prompts as well as blind tastings.

Key reasons why most people fail the exam

Firstly, most people try to cram for a month or two, rather than studying over a long period of time. There’s nothing wrong with looking at flashcards every day for 3-6 months (even more), rather than trying to memorize everything in a few weeks.

Secondly, most people don’t look at enough material (or study in an efficient manner). It may seem daunting at first to have over 80 different subjects and 300+ terms on your list of things to study.

But as long as you make sure you keep each term organized by subject/topic and only read/study what is relevant (i.e. don’t study all 18 regions and their subregions… just focus on 1 or 2), it becomes much more manageable!

Key reasons why most people fail the exam

Most fail because they don’t understand wine and think that memorizing facts is enough. You need to truly understand wines and be able to identify them on your own, then prove it.

Most sommeliers have been studying for many years, but most of that time is not spent in school or memorizing facts but learning how to distinguish between good wines and bad ones. If you want to pass, study hard!

How Much Do Sommeliers Make?

Not much. But not because they’re poorly paid, but because there are few of them. Becoming a master sommelier is no easy feat. In fact, it’s considered one of—if not THE—most difficult wine titles to attain in all of gastronomy.

According to Karen MacNeil’s book The Wine Bible (1998), approximately 140 people in North America are master sommeliers; worldwide, there are only 900!

As a result, salaries for those who have passed their Certified and Advanced levels can easily reach six figures–$120K+ at their first job out of school. Earnings increase as they gain experience: after five years in their field, sommeliers earn $170K annually.

Conclusion On What Is A Master Sommelier? How To Become A Wine Expert

Becoming a sommelier is a great way to learn about wine without giving up your day job. More and more, restaurants are looking for well-rounded servers who can discuss wine in addition to food and service.

If you’re interested in pursuing certification, visit Court of Master Sommeliers . It’s not easy, but it will be worth it if you have a passion for learning about wines from around the world.

If you’re anything like me, then you have quite the wine collection; and if you’re also like me, then it seems that there are times when one bottle just won’t cut it. For these moments, I find myself opening up two bottles of my favorite red wine and enjoying them together over an evening with… 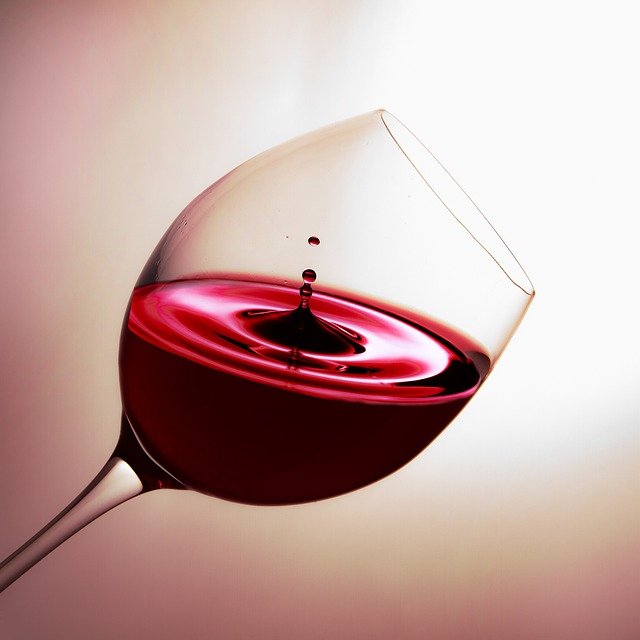 If you’re like most wine lovers, your collection is probably growing at an alarming rate. It’s natural to want to show off your collection and share it with friends. So it’s helpful to understand how you can best store your wine to ensure that it stays fresh and full of flavor for as long as… Napa Valley, California – home to the most famous wine region in the United States. In this region, you’ll find everything from famous labels like Domaine Chandon and Opus One to smaller producers like Forman Vineyards and Rattlesnake Hills Wine Company. With so many excellent options, it can be hard to know where to start… If you have some extra money to spare, and you are looking forward to buying some sherry wine, then this article will help you pick out the best one for you! Sherry wine has been around for centuries, and it’s here to stay too. This drink doesn’t have the same popularity as the popular wines… Cabernet Sauvignon, which translates to new shoots in French, is a type of red wine from the Bordeaux region of France that has become known as one of the finest wines in the world. In addition to being an incredibly popular drink, it’s also incredibly important to winemakers everywhere, and thus has been the subject… Have you ever opened a bottle of Rioja wine and drank it all in one night, only to find out that the next day, it tastes terrible? Do you want to enjoy that bottle of Rioja again, but are afraid of what would happen if you put the rest in the fridge? This article will…